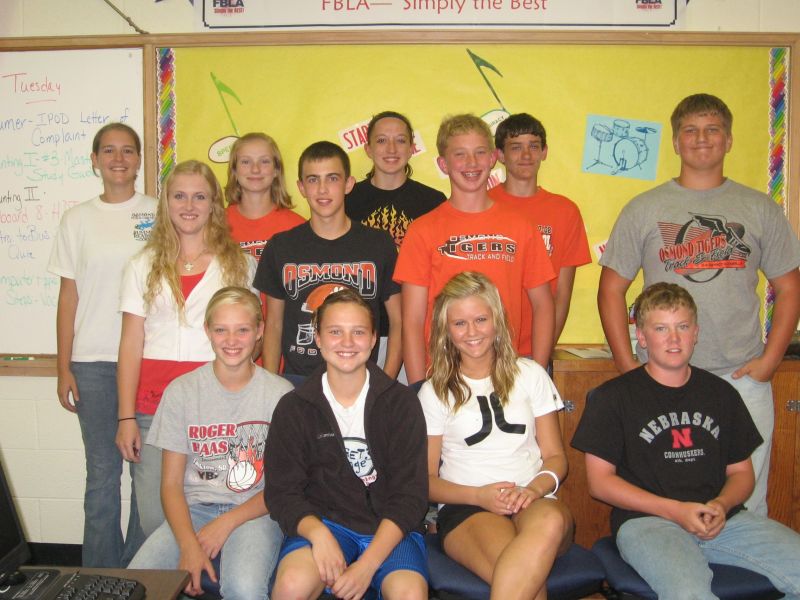 The Osmond FBLA gathered in the Multi-Purpose Room at OHS on Thursday, August 20th. A hot dog roast was followed by a short business meeting where the officers were introduced. This year’s officer team includes: Adam & Craig, Co-President; Melissa, Vice President; Adrian, Secretary; Stephanie, Treasurer; Emily, Historian; and Sydney, News Reporter. The game “Sardines” was the entertainment for the evening.

The first official meeting of the 2009-2010 school year was held on Monday, August 31st. Unfinished business included discussion of dues, and scholarship money that was paid.
The Presidents welcomed new members to the meeting.

It was decided to collect pop tabs for the Ronald McDonald House project again this year. Elementary students have always contributed a great deal to this project; this year, the high school will try to do a better job of collecting them, as well.

The motivational activity for the evening included the spelling of FBLA. Letters were made by the members. Team work was the emphasis of this activity.

This year’s FBLA theme is “Simply the Best”!