This Afternoon
Increasing clouds, with a high near 57. Calm wind becoming southwest 5 to 7 mph.
Tonight
Cloudy during the early evening, then gradual clearing, with a low around 39. South wind 7 to 11 mph becoming west after midnight. Winds could gust as high as 23 mph.
Wednesday
Sunny, with a high near 68. West wind 8 to 16 mph, with gusts as high as 26 mph.
Weather forecast provided by weather.gov.
Search 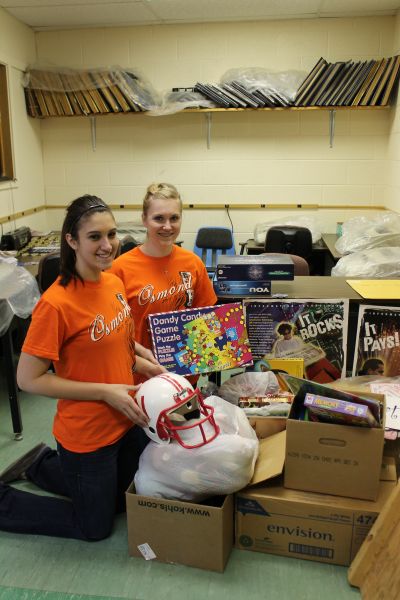 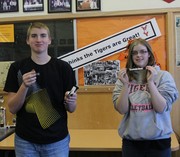 The Osmond Chapter of FBLA observed National Career and Technical Education Week (FBLA Week) February 13th through the 17th with the following activities.  A Snowflake Dance started the activities earlier when it was held on Friday, January 27th.  Activities were centered on the theme “Gateway to Greatness.”

On Tuesday, students met for a 7:30 a.m. breakfast/meeting.  Members also wore FBLA buttons and tried to “beg, borrow or steal” as many as they could.  The person with the most buttons at the end of the day was declared “Irresistible FBLA member”.

Wednesday of FBLA Week had members coming to school with “Wacky” hair; prizes were given for the wackiest “dos”!  FBLA members also were given a raffle ticket for a prize at the end of the day.

On Thursday, we noted publicity day with an article in the newspaper and signs around school.  Locker signs were also hung on every member’s locker.  Students entered a contest where they tried to match faculty baby pictures with their names.  Prizes were given for correct entries.

Friday will be a “Star”, “burst” into being a leader day!