This Afternoon
Sunny, with a high near 57. Calm wind becoming southwest 5 to 7 mph.
Tonight
Cloudy during the early evening, then gradual clearing, with a low around 39. South wind 7 to 11 mph becoming west after midnight. Winds could gust as high as 23 mph.
Wednesday
Sunny, with a high near 68. West wind 8 to 16 mph, with gusts as high as 26 mph.
Weather forecast provided by weather.gov.
Search 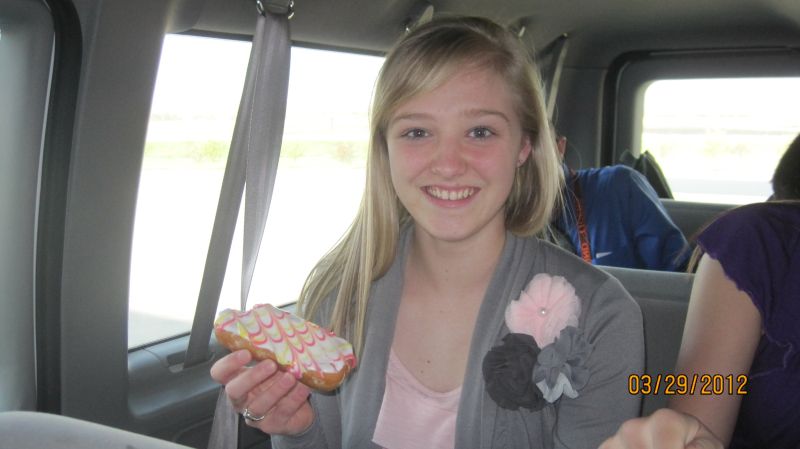 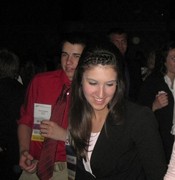 “50 Fabulous Years in Nebraska FBLA” was the theme for the Future Business Leaders of America year!  It’s hard to believe that Nebraska FBLA chapters have been going strong for that many years!  Osmond’s chapter is 38 years old!

The 50th annual FBLA State Leadership Conference was held in Omaha from March 29-31 with 2,178 registered participants.  The Opening General Session of the Conference began with the keynote address, being given by Keith Hawkins as he motivated students to take responsibility for their own lives through a blend of comedy, storytelling, and inspiration.  His main theme was to tell students that “People don’t follow what you say—they follow what you do.”
Osmond was recognized for their Chapter Scrapbook, compiled by Morgan Brummels.  Leah Gubbels was honored at the President’s Reception on Thursday evening where she received an engraved key chain as a thank-you gift from the Nebraska FBLA.  Leah Gubbels and Laurel Krohn were awarded the Quality Member award for their outstanding contributions to the local chapter.

Following the Opening General Session, the examinations began.  The students took exams in numerous Business areas, and participated in presentation events like speaking events and the Job Interview.  During the Job Interview Event, students fill out an application form, and had a “mock” interview with a businessperson.  These students had already written letters of application, and résumés in preparation for the Conference.  Senior members participated in this event.  The skills competition took place at the home schools of each chapter prior to SLC.  These events were:  Word Processing I and II, Computer Applications, Accounting II and Desktop Publishing.

Early Friday morning students began taking another round of examinations.  They also attended seminars on varying topics throughout the day.  Voting delegates from Osmond were:  Leah Gubbels, Carissa Gutz, and Nick Penlerick.  Friday afternoon brought the scantron voting and delegate assembly for these members.

After a buffet dinner, the Second General Session began where students earning Honorable Mention were:  Leah Gubbels and Maggie Kruse for the team event, Desktop Publishing; Nick Penlerick in Business Procedures; Laurel Krohn in Sports Management and Business Communications.  The top 4% in each event were awarded the Honorable Mention; the largest event at SLC was the Business Communications with 597 students taking the exam.

Saturday morning the Awards Ceremony was held.  At this time, the top eight places in each division were given.  These student awards were handed out:  6th place to Laurel Krohn in Accounting I.