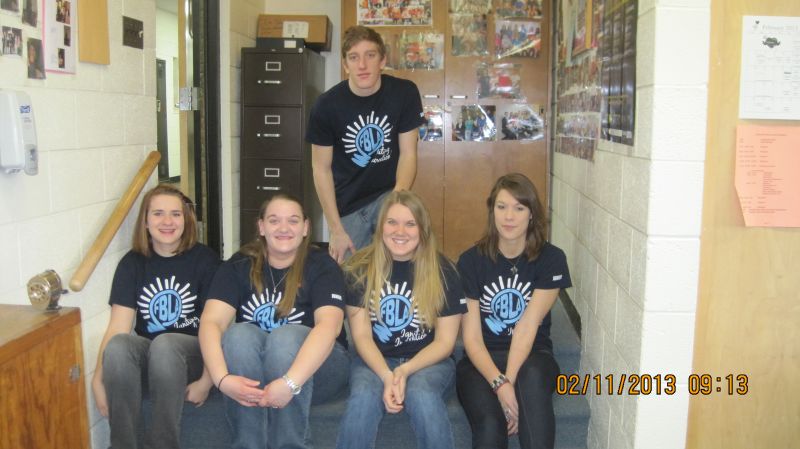 The Osmond Chapter of FBLA observed National Career and Technical Education Week (FBLA Week) February 11th through the 15th with the following activities.  Activities were centered on the theme “Igniting Innovation.”

A Snowflake Dance started the activities earlier when it was held on Friday, January 25th.  A “fast fact” question was asked in all of the high school first period classes relating to FBLA, prizes were given to the winning classes.  The questions were related to the words:  Future, Business, Leader, America and Nebraska FBLA.

On Monday, students wore their FBLA T-shirts and guessed the number of items in various sized containers.  Prizes were awarded to the closest guesses.

On Tuesday, members “dressed for success”.  Members were given small cans of pop with the saying “FBLA Members are always Popping Up with New Ideas.”

On Thursday, we noted publicity day with an article in the newspaper and signs around school.  Members received a Valentine’s Day “Candy Gram” with a special message on it.

Friday will be a wear a hat or bandana day.  The K-2 students will turn in pictures from a coloring contest.