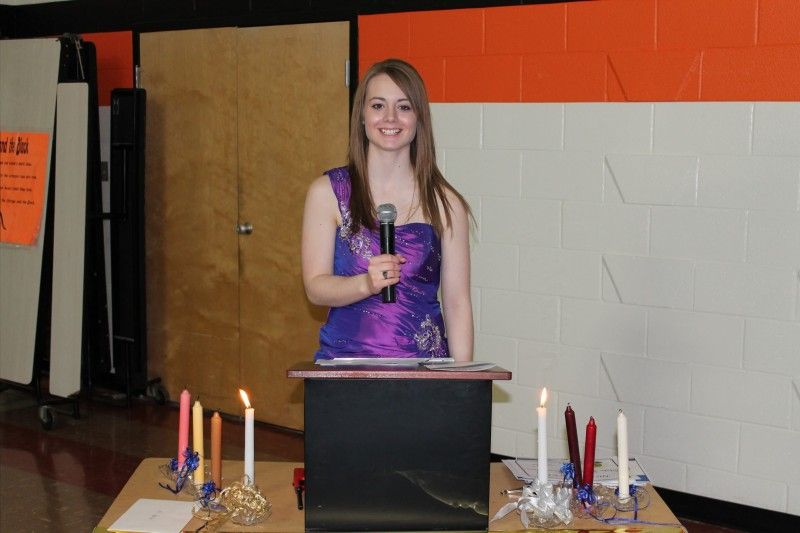 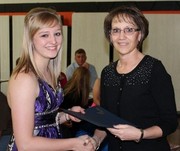 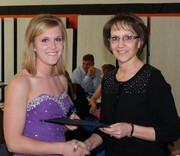 Welcome to the Banquet

Laurel Krohn, President of the F.B.L.A. gave the Senior Address for 2012-2013.  She thanked the membership for their help in making the year a successful one and challenged the new officer team to work together.  Senior members presented Mrs. Manzer with a gift in appreciation for her support during the year.

A multi-media presentation honoring the FBLA members provided the past year’s history in review.  The presentation was produced and introduced by Caleb Krohn.

Mrs. Manzer's presentation addressed the audience with the thought of FBLA members being like butterflies.  After they are free from their cocoons, they fly away to new adventures.  FBLA Members will fly in different directions, and try new things; much as a butterfly does .  She also thanked the 2012-2013 officer team and congratulated and challenged the 2013-14 officer team to motivate members and improve the chapter’s performance!

Mrs. Manzer presented Alison Schmit and Laurel Krohn with the FBLA Scholarships given annually by the F.B.L.A.  Outstanding Member Awards were given to Senior-Laurel Krohn; Juniors-Kaitlyn Miller and Chelsea Wiese; Sophomore-Mariah Gubbels and Freshman-Caleb Krohn for their work during the year.  State Leadership Participants were also honored for their work and received certificates from Mrs. Manzer.

Kaitlyn Miller closed the evening with a presentation outlining her goals for next year.  She then thanked everyone for coming