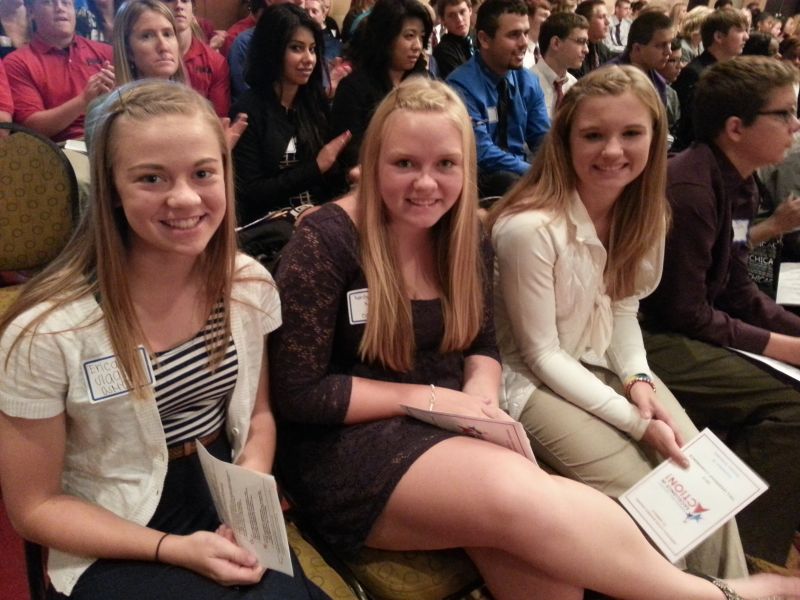 The first session of the Conference included a Welcome from the State Officers, general messages for the attending students, a skit by the State Officer Team and a keynote address.  Mr. Bob Upgren provided the motivational keynote address.  His presentation evoked both laughter and emotions.  Using personal stories, Mr. Upgren challenged students to “Own up to who they are” and stay true to themselves.  Mr. Upgren is one of the best chalk artists in the world.  He drew an amazing patriotic picture at the end of his presentation; and then played music and added lighting effects to bring the chalk art to life.