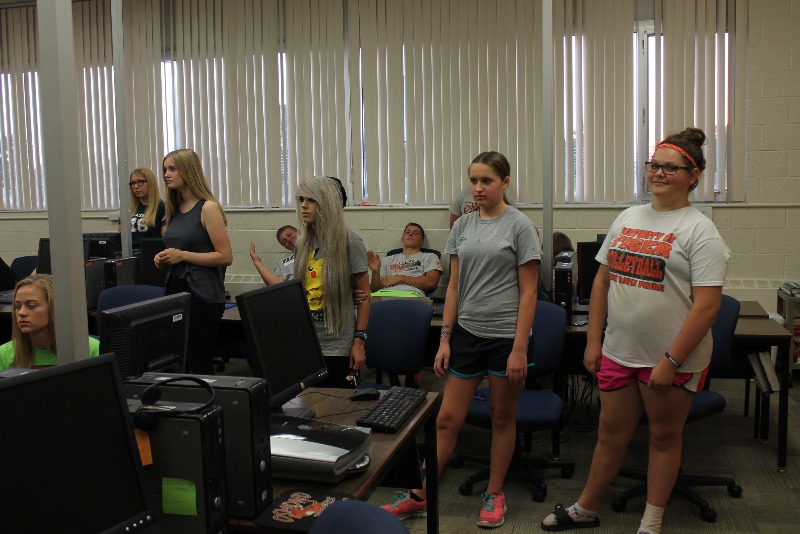 On September 1st, 2015 FBLA members held their organizational meeting.  President Caleb Krohn welcomed everyone for the new FBLA year.  Members began by reciting the FBLA creed together.  After the reports were given, Mrs. Manzer showed a  national video on how FBLA has benefitted members around the U.S..