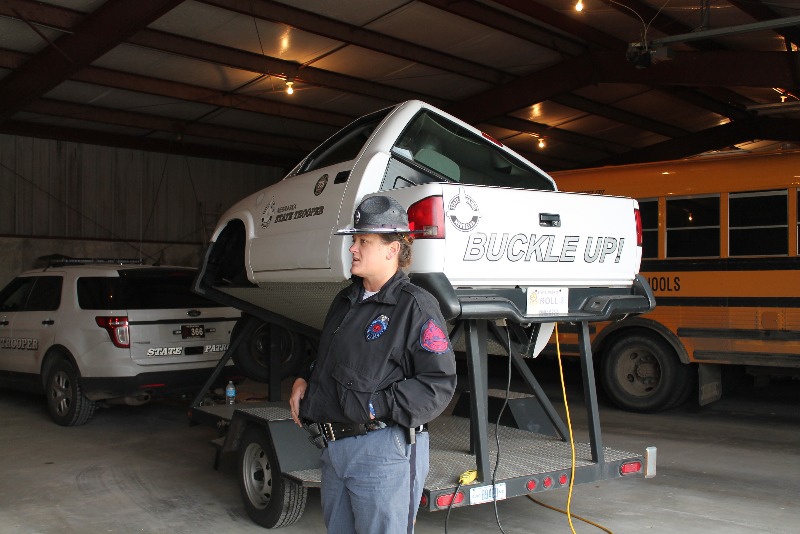 On Wednesday, October 28th the FBLA hosted the State Patrol Roll Over Simulator.  Officer Jones told the students about the importance of wearing your seat belt when driving.

Distracted driving is the biggest cause of accidents on the road.  Distractions are caused by cell phone usage, radios, conversations in the car, or pets to name a few.

The demonstration showed what would happen if a person were involved in a crash going 30 miles per hour.  Several situations were shown with the “dummy” being thrown from the car.  Each time the “dummy” landed in a different position which could have resulted in any number of injuries.