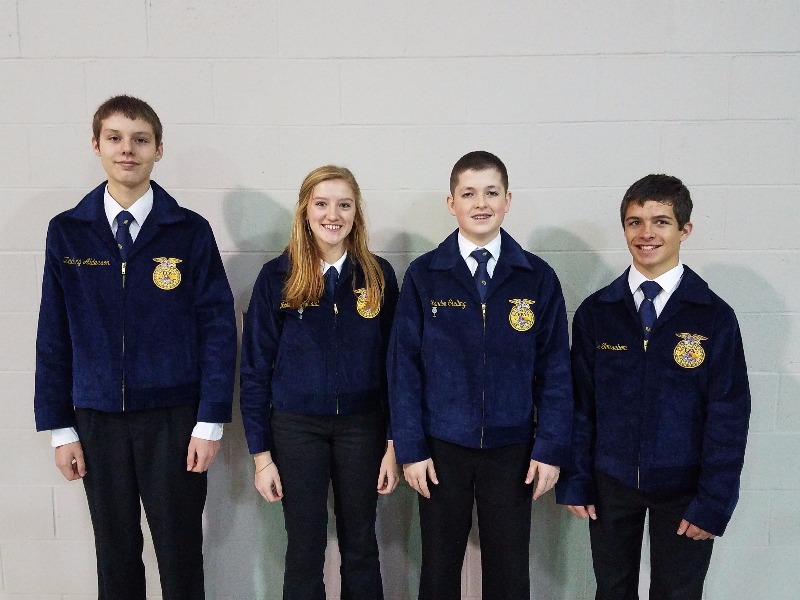 They also completed a test based on various livestock knowledge and practiced their speaking skills by giving oral reasons.

Competing in the junior division and qualifying for the State competition in April were freshmen Zach Alderson, Landon Stelling, Madeline Huwaldt, and Josh Gansebom.

Individually, Zach Alderson placed seventh out of 77 competitors and received a blue ribbon, while Landon and Madeline each earned red ribbons placing seventeenth and eighteenth respectively.

The state competition will be held on Friday, April 7 in Lincoln on University of Nebraska-Lincoln’s East Campus.