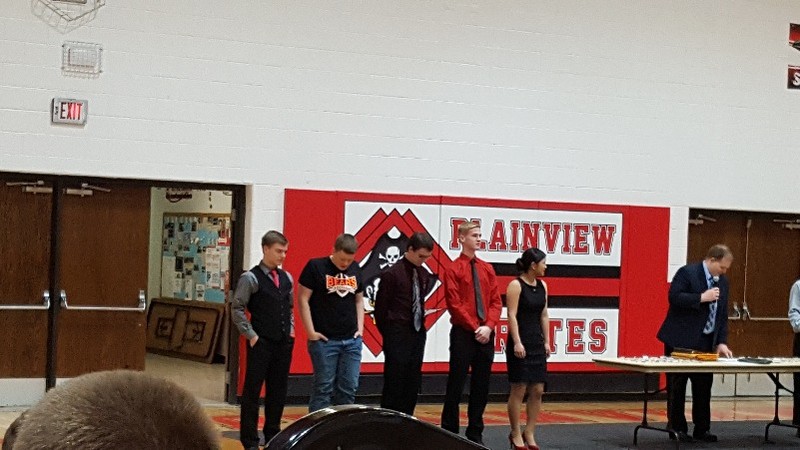 The meet had previously been scheduled for February 25 but was postponed due to inclement weather.

Aleia Kumm competed for the first time without a script in Oral Interpretation of Serious Prose.

Leslie and Jessica Jensen competed in Duet Acting; they placed third in one of their rounds and also improved their performance by adding more blocking.

Anthony Heiman competed in Extemporaneous Speaking; he placed third in his first round and first in his second.

He received his highest score of the season at 49 points out of 50 during the second round.

He went on into the championship finals to land a 6th place finish out of seventeen extemp speakers.

Ginn noted the lebgth of the meet, “The meet started at 9:00am and finished with awards at 6:00pm; so it was a long day.”

There were two final rounds per event: an Honors and a championship.