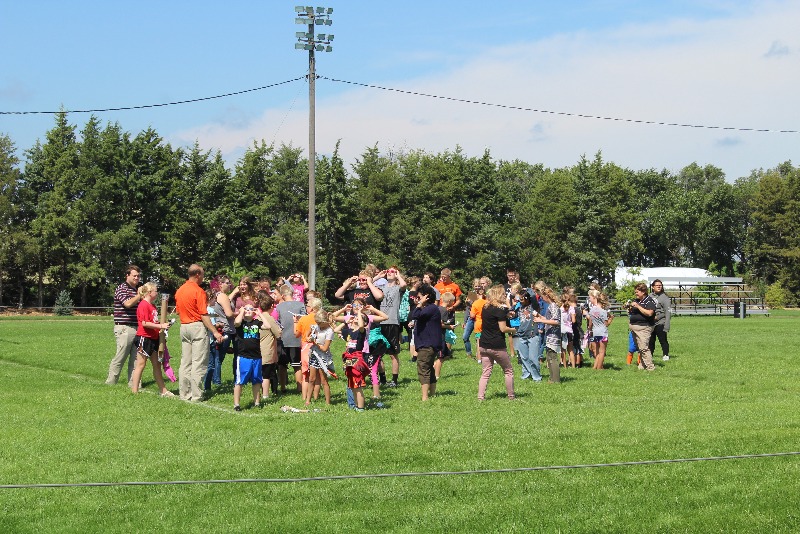 Many elementary students made devices to help view the sun without directly looking at it. Some made hats, while others made telescope like instruments.

All K-12 students and staff were provided with glasses safe for allowing them to look directly at the eclipse.

Mrs. Conn’s environmental science class used the experience to measure the effects it had in the area. They measured surface temperatures periodically and announced them to the large group.

Students and staff came together at one point to take a group photo while looking up at the sun. 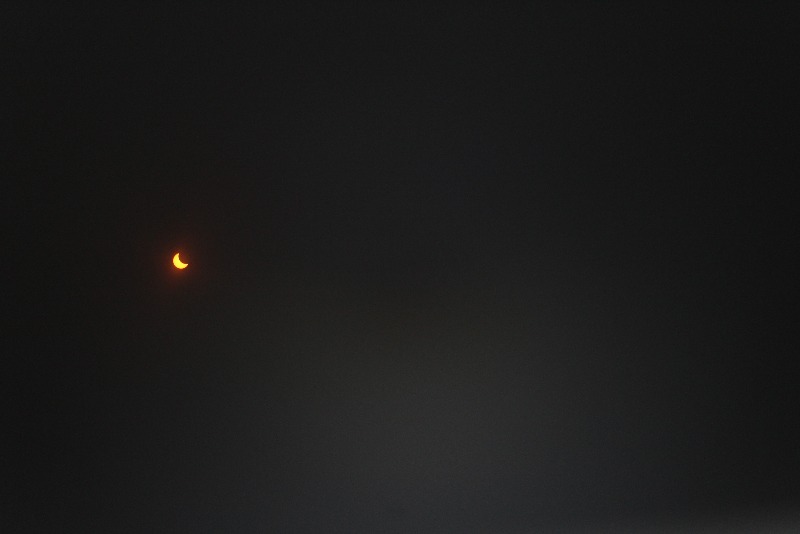