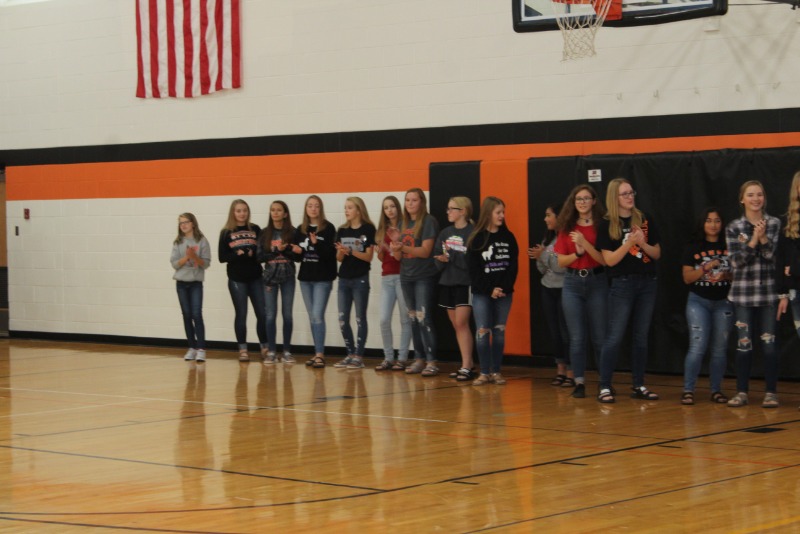 In the last class period of the day on Friday, August the 24th, Osmond Community School students (along with St. Mary’s students) were called to the gym  for a Meet the Teams Rally.

Once everyone was seated and the school band was done playing, it was time to meet the fall teams.

In total there were three sports teams represented at the rally.   First up was the girl’s volleyball team; second was the cross country team who were followed by the football team.

Each of the coaches and a few of the players said a few words on how they thought their team was doing and their plans for the future.

After meeting the teams, the band closed with the school fight song.