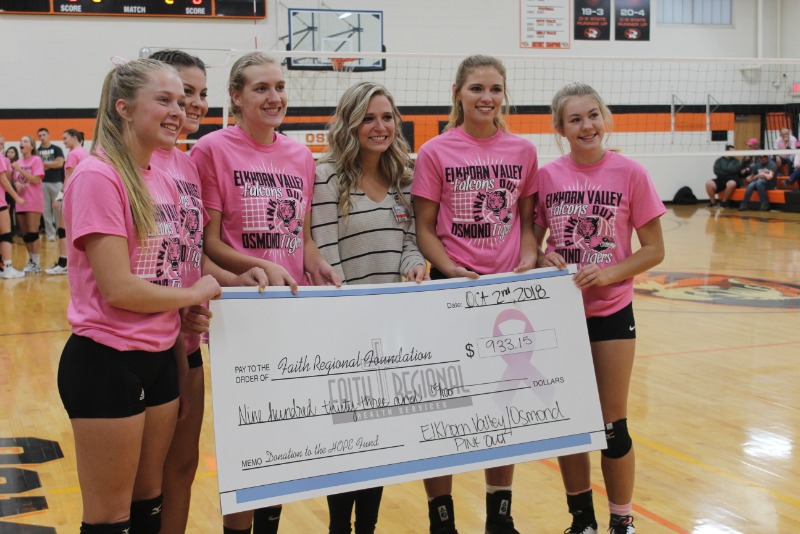 The two teams each wore pink jerseys to celebrate the night. The girls raised over $933.15 dollars by selling t-shirts.

Overall, the Tigers had several players who played well. Defensively, Kennedy Johnson (Jr.) passed the ball well. She had ten digs. She also had a kill and a set assist.

The Tigers hosted Plainview on Thursday, October 4 and then hosted Wausa on Parents Night, Tuesday, October 9.