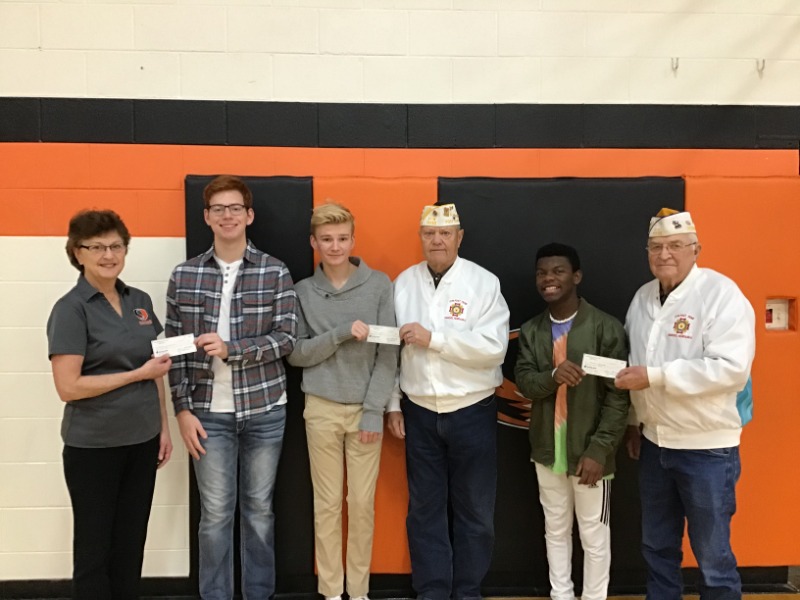 Eighteen Osmond High School students participated in the Voice of Democracy contest sponsored by Veterans of Foreign Wars Post 7838 and it’s auxiliary. Serving as co-chairpersons for the contest were Dallas Steckelberg and Keri Schultze.

Each contestant was asked to prepare a three-to-five-minute speech which was presented by audio tape for judging. The theme for 2019 was “What Makes America Great”.

Winning the local contest was Austin Vinson, son of Clark and Mary Vinson. Second place honors went to Johnson Chishiba, son of Rodgers Chishiba and Alice Shomari. Third place was awarded to Connor von Rentzell, son of Aaron and Jenny von Rentzell. Each of the top three winners received a cash prize and a medal. Austin earned the right to compete at the district level. State and national contests are also held.