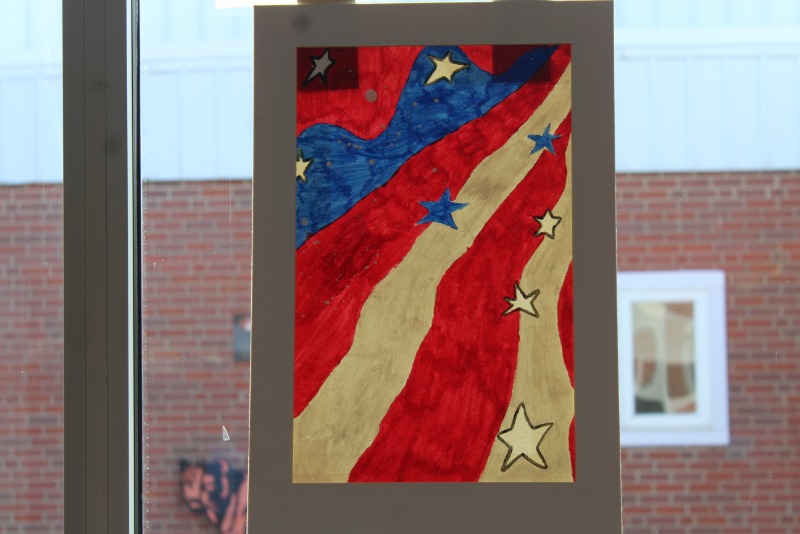 Osmond Community Schools hosted the Osmond community Veterans Day celebration in the OCS gymnasium on November 11 at 10:15 AM.

The community once again put on a professional and memorable celebration, involving students, veterans, and community members alike.

OHS’s band began the ceremony with by playing a processional where members of VFW Post 7838, American Legion Post 326, Sons of American Legion, and Auxiliaries marched into the gym and presented colors.

All attendees then sang “The Star-Spangled Banner” and then recited “The Pledge of Allegiance”.

Pastor Glen Emery gave an invocation, blessing all present and all those who have served.

One of the features of the ceremony came through Austin Vinson’s Voices of Democracy speech. In his speech Vinson alluded to his grandparents and the role they played in his life and how they have provided a model for Americans moving into the future.

Yount encouraged all in attendance to be inspired and motivated to keep America strong by looking at its heroes from the past.

The OHS band then played “Service Songs” and “A House Divided”. Pastor Emery closed the ceremony with a benediction, and the members of the VFW, Legions, Sons of American Legion, and Auxiliaries then retired the colors and processed out of the gym.