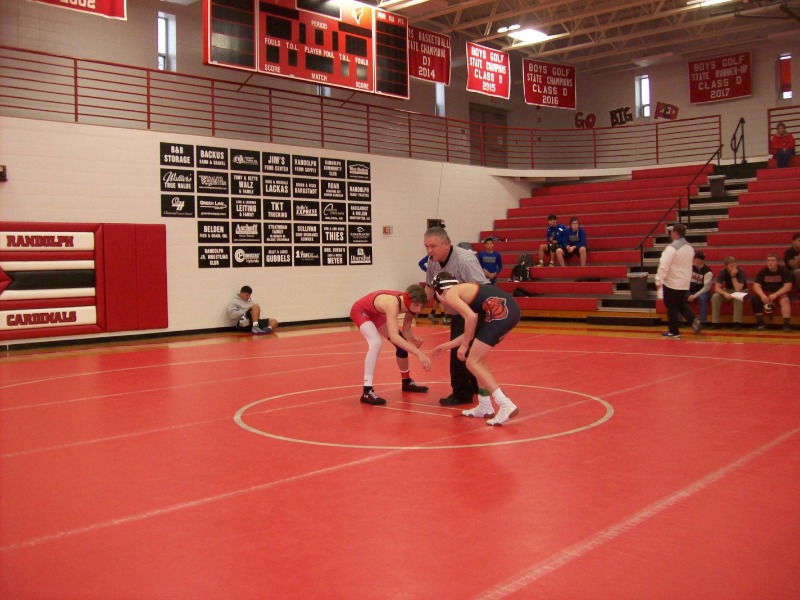 The Osmond wrestlers competed at the Lewis and Clark Conference
meet at Randolph on Thursday, Jan 17. The Tigers scored 68 points and
finished in 8 th place out of the 9 teams competing. Plainview was the
team champion followed by Winside and Creighton.
The Tigers were led by Alexis Solorzano who won 4 matches and
finished the tournament as the Lewis and Clark Conference champion
at 182 lbs. Also placing for Osmond were Mason Bykerk, 3 rd at 126 lbs,
Patrick Vinson, 4 th at 145 lbs and Hunter Beacom, 4 th at 113 lbs. Also
wrestling for Osmond but not placing in the top four was Bodie True at
138 lbs and Troy Donner also at 138 lbs.
This week the kids all wrestled better. Alexis wrestled especially well
winning all four of his matches to become our first conference
champion in several years. Mason Bykerk also wrestled well picking up
two pins on his way to a 3 rd place finish at 126 lbs including a big pin in
the consolation finals match.

The Osmond Tiger wrestlers competed at the Neligh/Oakdale Invite
on Saturday, Jan. 19. The Tigers scored 22 points and placed 18 th out of
the 23 schools competing. The Tigers had one place winner with Alexis
Solorzano finishing 4 th in the 182 lb weight bracket.
Although we only had one place winner I still the kids wrestled well.
We finished in 18 th place out of the 23 teams competing but we were
within striking distance of 5 more teams. This is just a really good
tournament with a lot of good individual wrestlers. Our kids wrestled
well and just lost to some good wrestlers. The worst record we lost to
was 18-15. Alexis continues to wrestle well and gets better each
week. He has wrestled especially well the last two weeks with a
combined record of 8-2. Mason Bykerk also won two matches on the
day but did not place. Bodie True finished with a record of 1 win and 2
losses while Troy Donner and Hunter Beacom were both 0-2 for the
tournament.