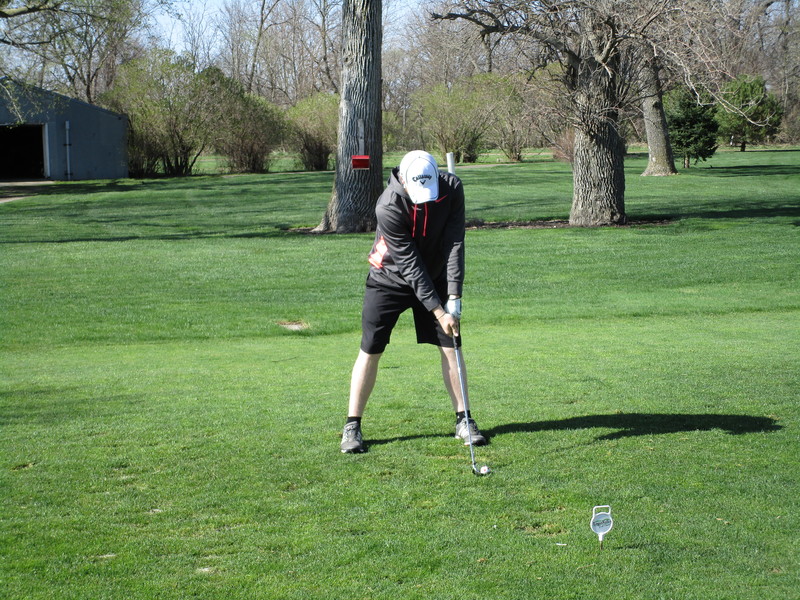 Osmond played in their seventh major meet of the season as they traveled to Niobrara and played in the Niobrara -Verdigre Invite. The tigers played their best golf of the year and established a new school record by shooting a 327 team score which bested the previous record of 329 set in 2006. Osmond beat the field by 33 strokes with Neligh finishing second.

All five varsity players earned medals with their play. Senior Alex Kumm won medalist honors for the second time this season shooting a 79 and winning a one hole playoff to claim top spot. Drew Krienert carded his best career round with a 80 and finished in third place. Tristian Maertins played his best career round also with a 81 which included a 38 on the back nine. Brenden Hille and Dylan Schmit each shot 87 and finished 11th and 13th respectively. Three additional junior varsity players got to play for each team. Playing for Osmond was Ethan Pfanstiel 94, Zach Alderson 105 and LOgan Stelling 116.

Logan Valley golf club was the site of the Wakefield Invitational played on friday May 5th. Osmond gave Ponca their best run of the season losing by only 2 strokes this time. Ponca shot 342 and the tigers shot 344.

Alex Kumm shot his best round of the year as he carded rounds of 39-36 to shoot 75 and win by 6 strokes over Ponca's best player. Four other Tiger players medaled with their play. Brenden Hill played steady all day shooting an 85 and finished in 5th position.Tristian Maertins marked an 89 and won the 10th place medal and Dylan Schmit won the 15th place medal with a 95.

Osmond wraps up regular season play on Monday at the randolph Invte before heading to district play.