The Osmond boys basketball team improved their record to 2-1 on the season after a Friday night win on the road at Wynot and a victory at home, on Saturday against Plainview. “The Wynot game was a fun one for us,” said Coach Schulze. The Tigers didn’t get off to a good start on the road but were able to grab the lead and momentum in the 2nd quarter with improved defense and decision making, leading to fast break buckets “What I enjoyed watching the most was our ability to build and sustain a 6-12 point lead during the final 3 quarters,” said Schulze. “Wynot is a tough place to win. They are always a tremendous early season challenge for us. They play extremely hard on defense and are disciplined offensively.” The two teams battled back and forth during the second half, with Wynot trimming the lead to 6 early in the 4th quarter. Osmond responded throughout, with defensive stops and efficiency on offense to come away with a 55 – 47 victory.

Osmond’s leading scorer was senior Cole Moes, who put up 17 points for the Tigers, and added in a nice night defensively finishing with 4 steals. Senior, Brock Johnson added 11 points to the Tiger total, along with hauling in 7 rebounds and dishing out 3 assists. “Fellow senior Tucker Timmerman was huge for us on the glass. I was really happy with how he played throughout the game,” said Coach Schulze. Tucker grabbed 13 rebounds to go along with his 8 points and 4 blocks. Freshman Keaton Timmerman supplied a spark for the Tigers off the bench finishing with 8 points, 5 rebounds, and 2 assists. 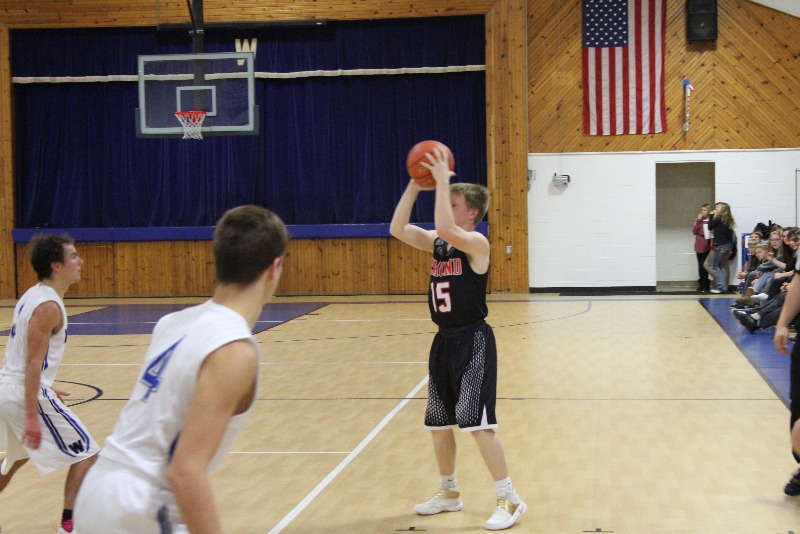 The second win of the weekend for the boys basketball team came against Plainview. The Tigers controlled the contest from start to finish, winning 60 – 20. Osmond had contributions from several players in this game, including 10 different scorers. Cole Moes and Keaton Timmerman finished in double figures in scoring, with 14 and 13 respectively. Brock Johnson added 9 points and 3 assists while Dylan Wieneke ended the game with 8 points to go along with his 6 rebounds. “I told our guys before the game that it was imperative we focus on playing a great game tonight and we needed to make sure we still weren’t caught up in our win the previous night.” The Tigers opened up the game outscoring Plainview 21-5 in a 1st quarter that was highlighted by a Cole Moes 1 handed slam off a defensive steal that turned into an open court for Moes.  Osmond continued to roll through the Pirates during the next 3 quarters on the way to their first victory at home this season.

“These next couple weeks are a crucial part of the season for us. We only have 2 games but get 8 practices over the two week period to install new offensive and defensive strategy. We need to practice with a purpose every day, correct our weaknesses and improve our strengths.”