This Afternoon
A chance of flurries before 1pm. Cloudy, with a high near 19. North northeast wind 9 to 13 mph, with gusts as high as 20 mph.
Tonight
A 50 percent chance of snow, mainly before 3am. Cloudy, with a low around 5. East northeast wind 3 to 8 mph.
Wednesday
Mostly sunny, with a high near 18. Light and variable wind becoming south southeast 5 to 10 mph in the morning.
Weather forecast provided by weather.gov.
Search 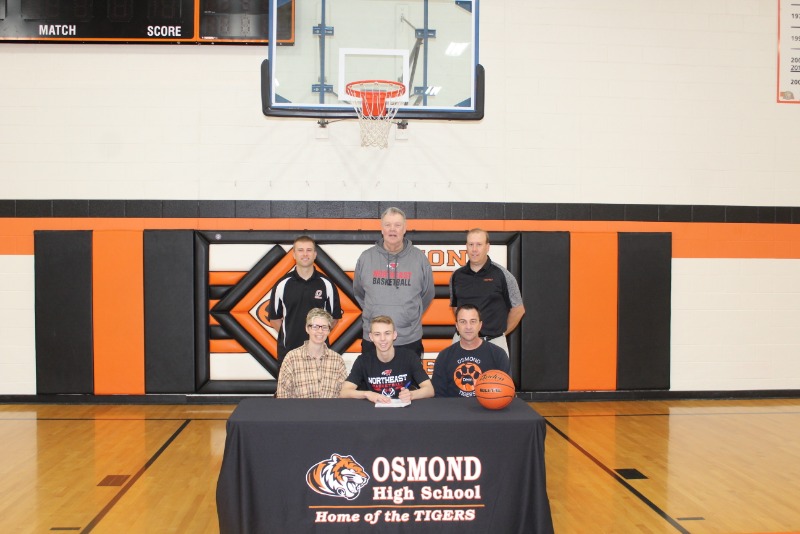 Denn was accompanied by his father Steve Denn and his mother.

Denn played his final season of basketball at OHS after being in Randolph previously. He was a leader on the team, helping the team to earn Class D2 Runner-up. He scored 1,000 points in his career.

He will begin attending NECC in the fall.