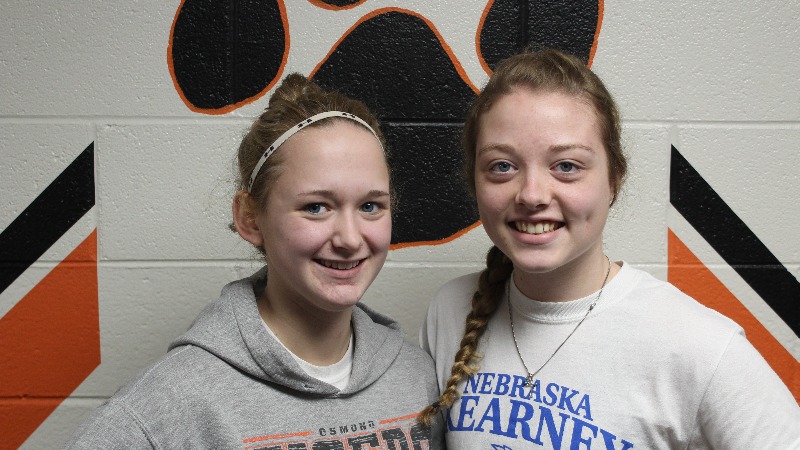 ALLEN—Two Osmond Tigers girls basketball players earned All-Lewis and Clark Conference recognition for the West Division for their performance throughout the year.

This is Kumm’s second consecutive year being named to the list.

Kumm finished the season scoring 12.2 points per game. She produced 5.4 rebounds per game and had just over three steals per game (Nearly three times more than any other Tiger).

As one of the Tigers’ most reliable free-throw shooters, Kumm scored over a fourth of her points from the line (63-for-96, 66%).

Schmit’s shot 44-for-82 from the free-throw line. She had nine blocks and 18 steals.