Tonight
Cloudy, with a low around 35. North northeast wind 6 to 9 mph.
Friday
A slight chance of rain showers before 8am, then a chance of rain and snow showers between 8am and 10am, then a chance of rain showers after 10am. Cloudy, with a high near 45. North northeast wind 8 to 14 mph. Chance of precipitation is 50%. New precipitation amounts of less than a tenth of an inch possible.
Friday Night
A 40 percent chance of showers, mainly before 4am. Cloudy, with a low around 35. North wind 10 to 16 mph, with gusts as high as 21 mph. New precipitation amounts between a tenth and quarter of an inch possible.
Weather forecast provided by weather.gov.
Search 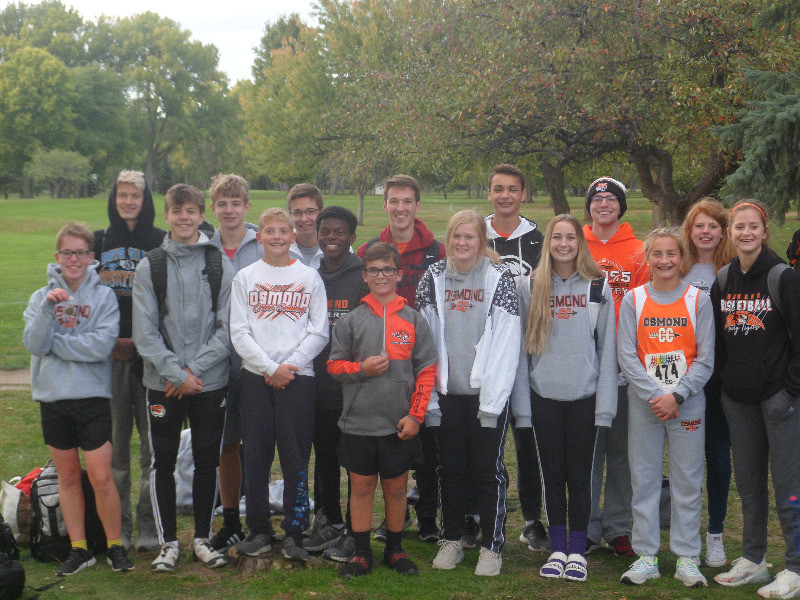 Thursday October first the Osmond Cross Country team competed in the Stanton Invitational at the Elkhorn Acres Golf Course.  Last year this meet was canceled due to water pooling on the course from heavy rain.

The boy’s placed third behind champions Pierce and runner-up BRLD.  Senior Johnson Chishiba led the Tigers placing 6th in a time of 18:37.12 with classmate Graysen Schultze 12th.  On his way to the finish Graysen passed a pair of Bancroft-Rosalie- Lyons-Decatur (BRLD) runners and held them off. His time was 19:09.53.  Robert Aschoff had a good run coming in third on the Tigers team and placing 26th.  Robert was edged out by Paasch of West Point Beemer but held off Arnold of Pierce.  His time was 20:42.84.

“ This was a good meet before we get to the last two big meets, Conference next Friday and Districts at Ainsworth the following Thursday” Coach Ortmeier noted.